As promised here is the start of the Havana pics…..

a couple of interesting street shots to start off…. 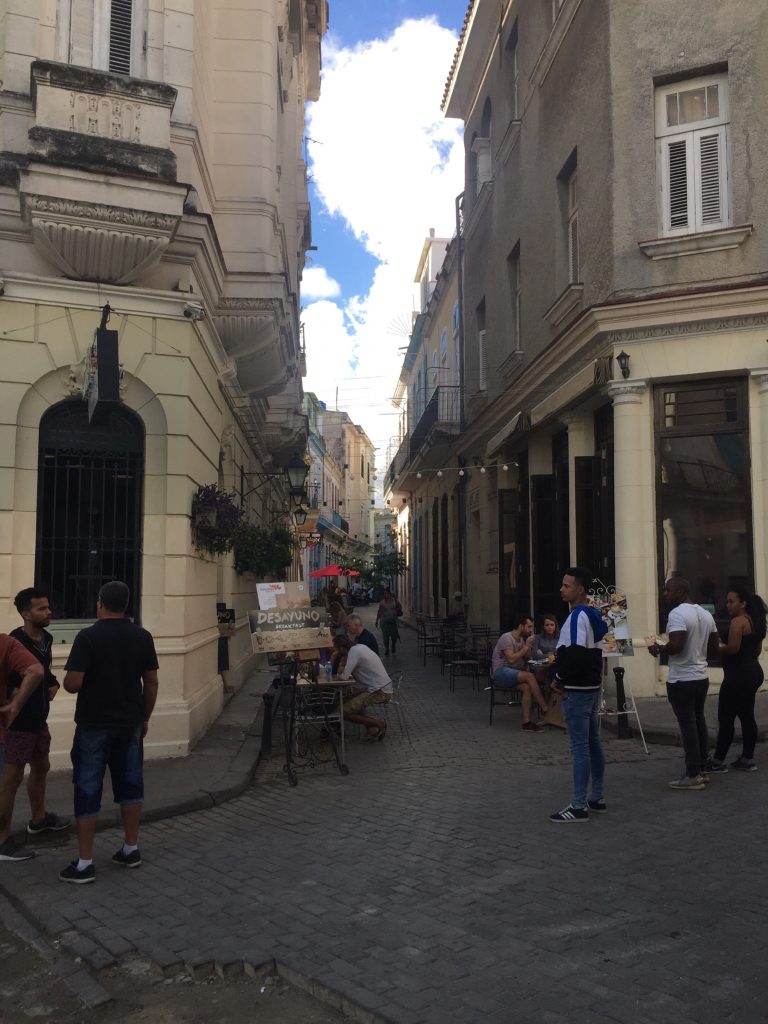 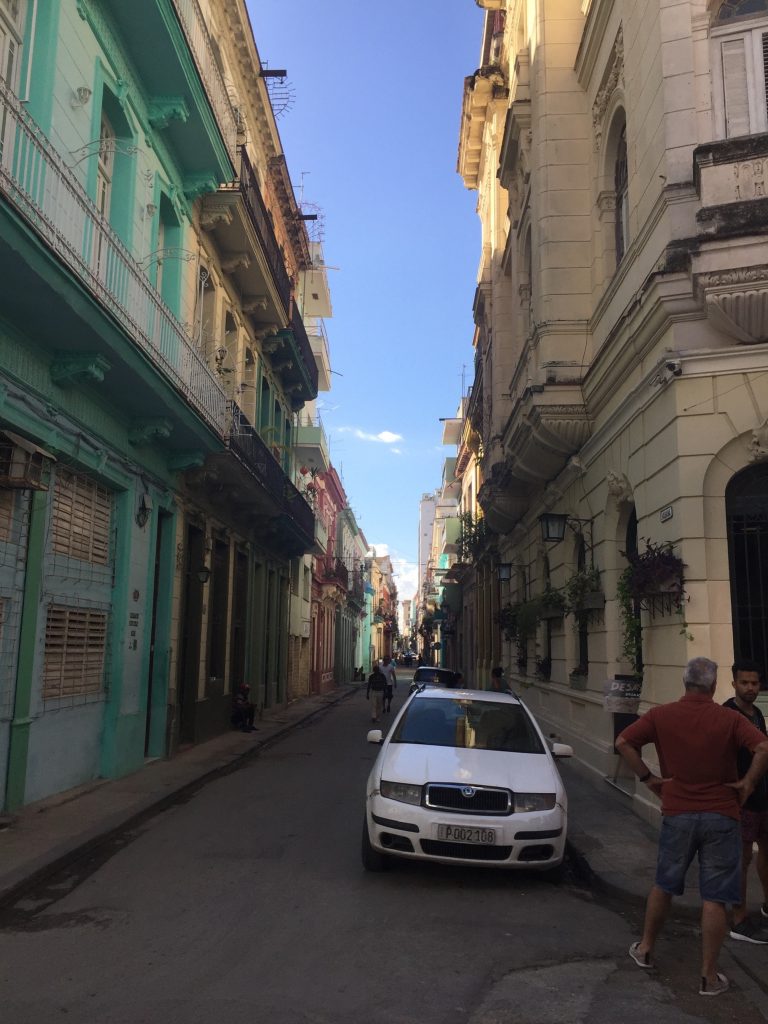 One side of the Hotel Nacional de Cuba…originally designed as a casino in the 40’s the hotel was nationalized after 1959….. 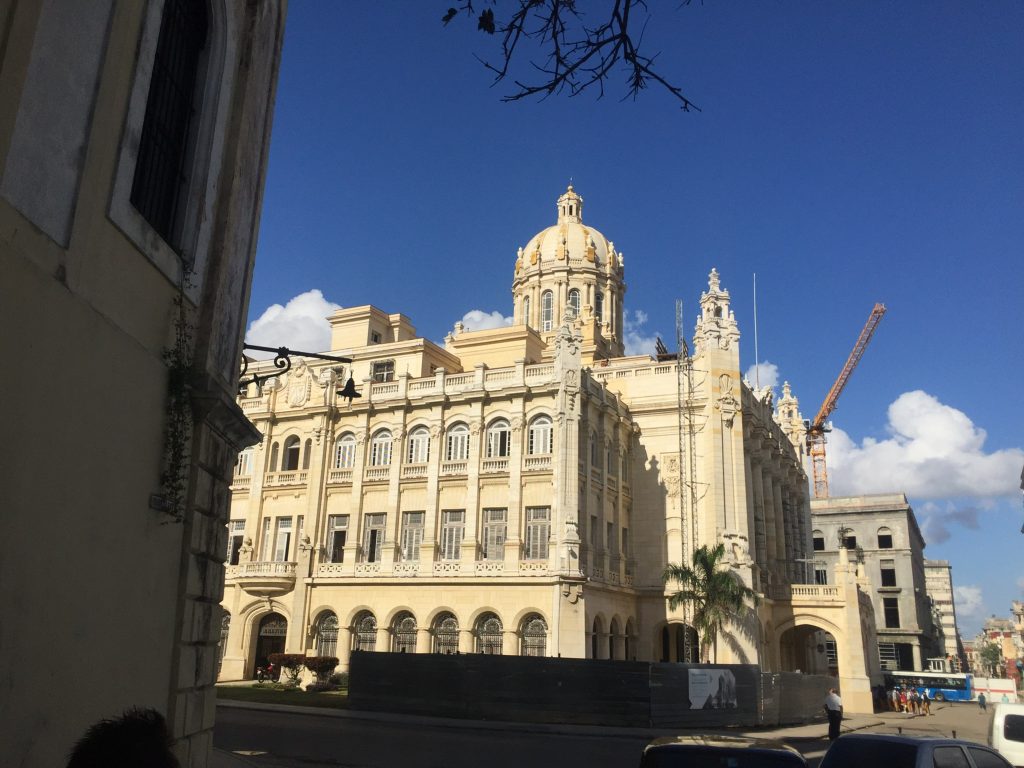 A little history about Havana ……

Founded in 1519 (this year is the 500th anniversary of Havana) as a city of the pirate age, and the even more frequent naval attacks by other countries, the area known as Old Havana was at one point a walled city.  The city and bay were stopover points for the treasure laden Spanish galleons returning to Spain from South and Central America.  In 1555 the pirate Jacques de Sores burned Havana while sacking the city in search of treasure.  He destroyed the existing fort in the process but he didn’t find much. After that incident, the Spanish sent soldiers, built a wall and a new fortress (the Castillo de la Real Fuerza) which still stands and is now a museum.

Let me just move this cannon out of the way ….ouch…those cannon shells are pointy 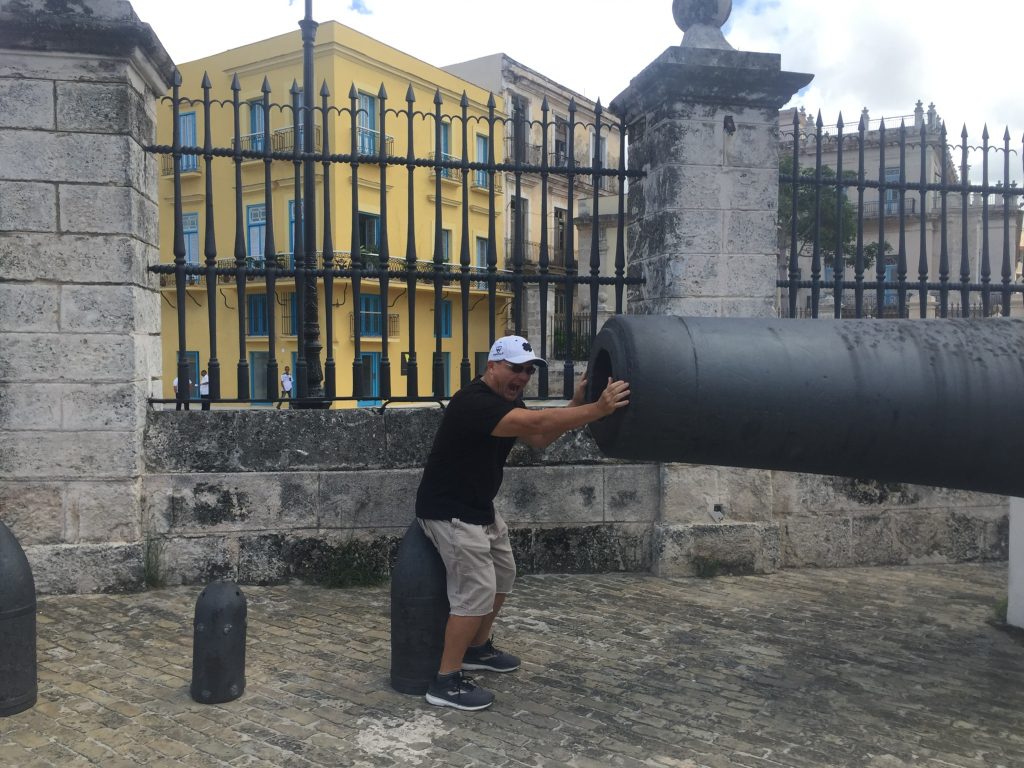 As the pirate and a military naval warfare age faded the wall became obsolete  and was slowly removed as the city expanded.

This is one of the remaining corners…. 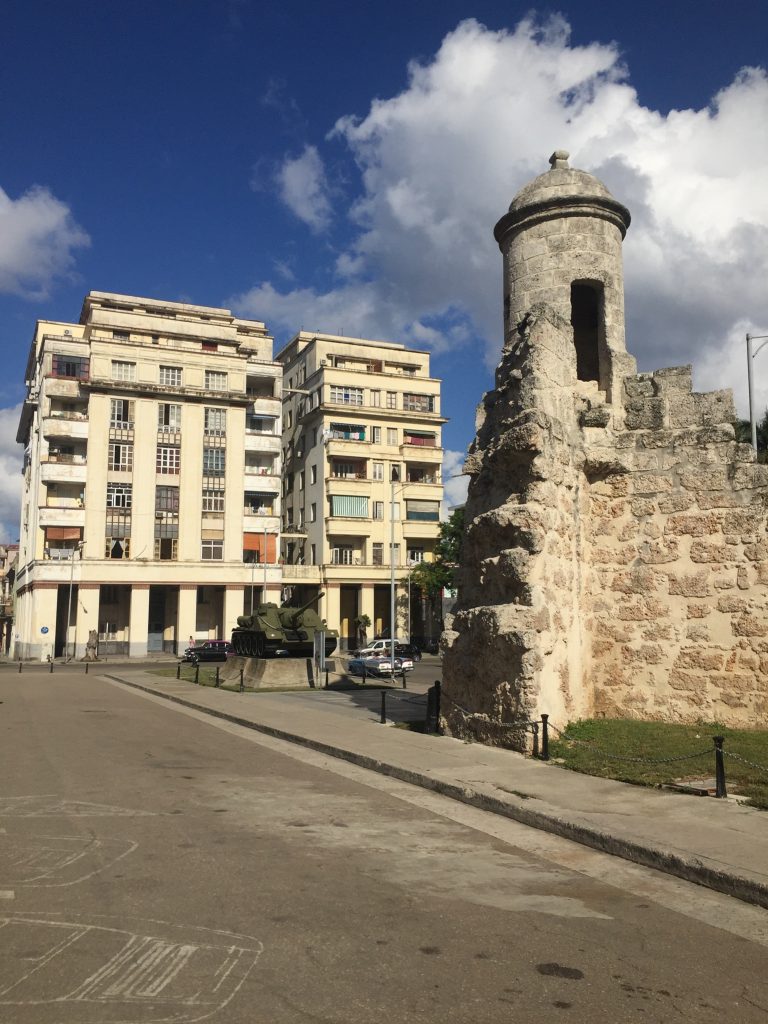 Mike reaches back in time …..and breaks a rule by touching the wall…. 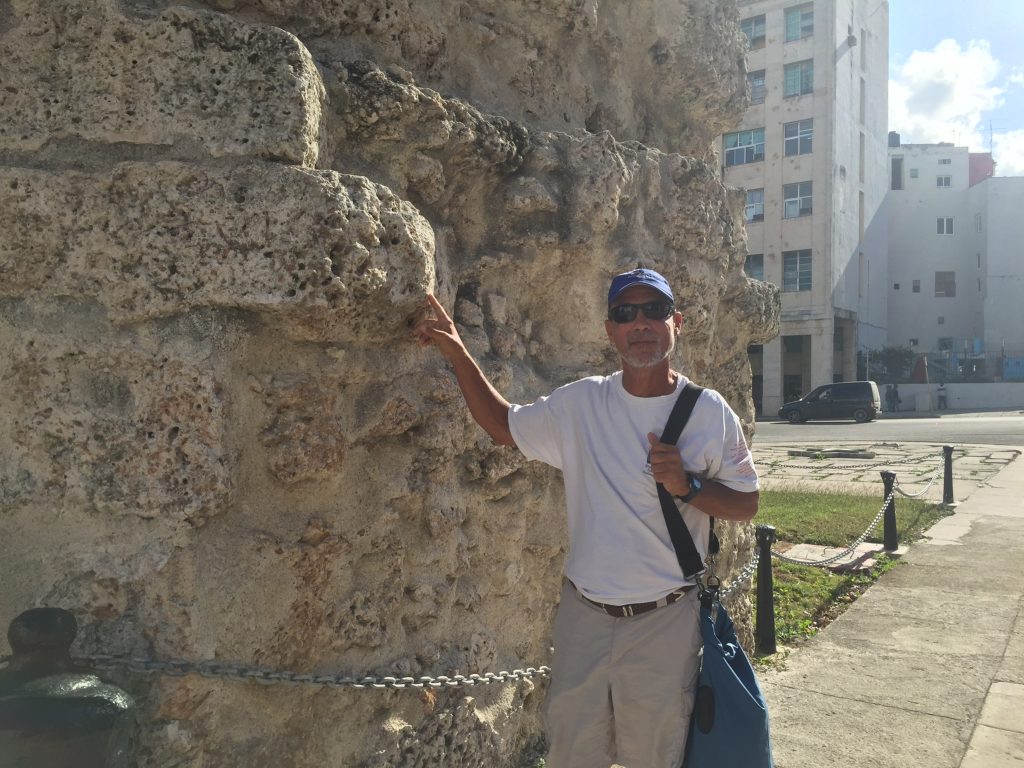 A different type of warfare in 1961…..remnants of the weapons supplied by the USSR ….the small SAU-100 tank which was used by Castro to fire shells at a US Naval vessel during the Bay of Pigs invasion. 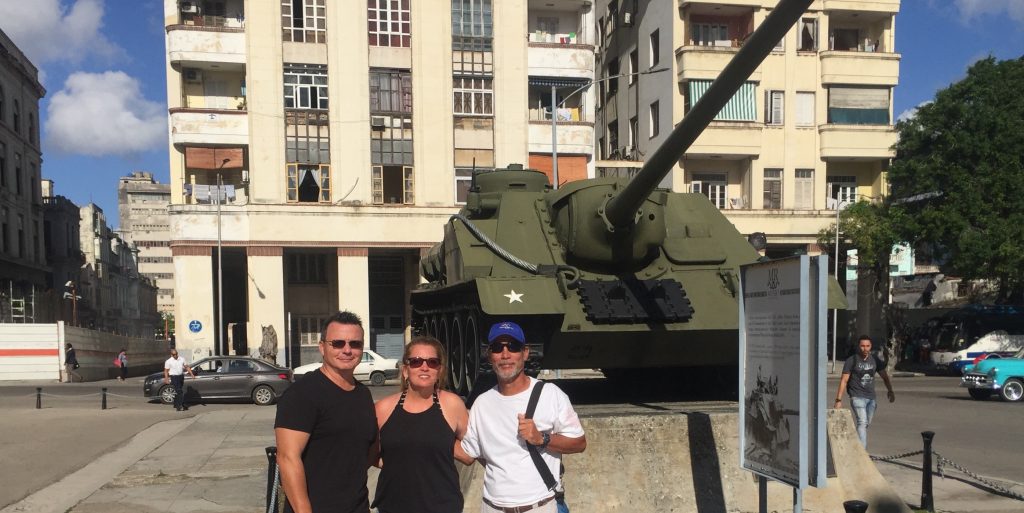 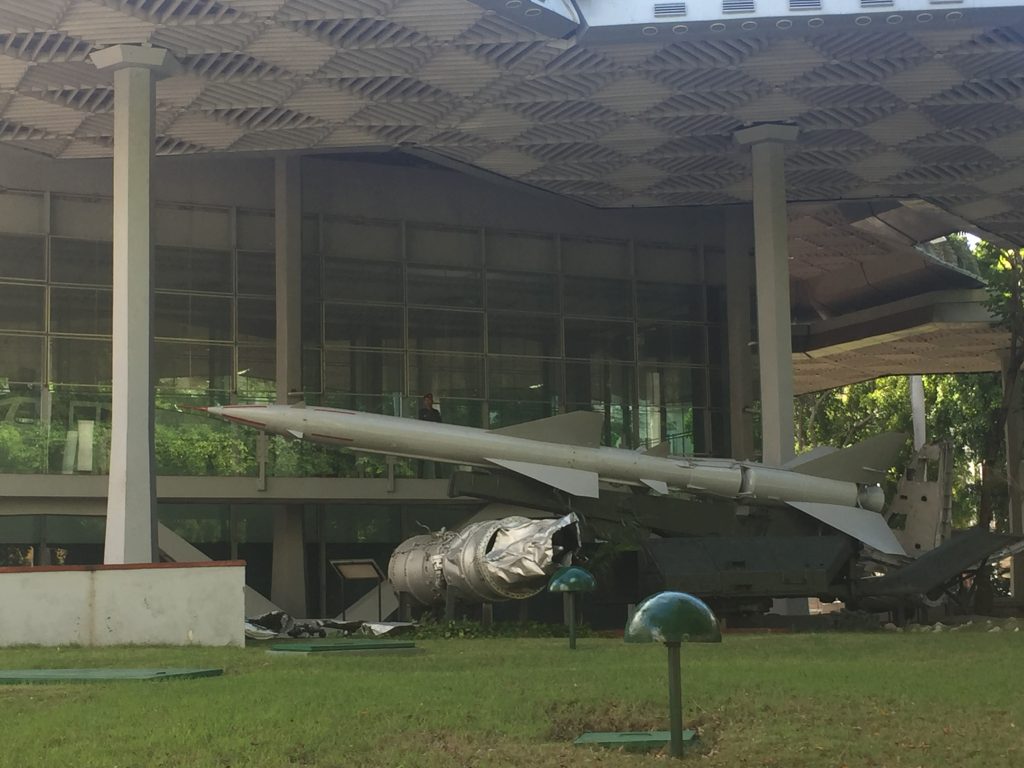 And now….Hemingway’s former haunts in Havana ……Sloppy Joe’s and the Floridita (home of the original daiquiri)…….

Sloppy Joe’s was originally opened by Jose Garcia as the Rio Havana in the 1930’s and was allegedly nicknamed Sloppy Joe’s because of the constantly wet floors from the melting ice in the seafood cases.  The house sandwich also adopted the name and was made of Ropa Vieja, a slow cooked wet beef.

Garcia came to Cuba from Spain in 1904, moved to New Orleans, and returned to Havana in 1919. Garcia was a career barman.  As a barman it was obviously difficult to make a living in the US during prohibition.  The building was a grocery store and warehouse before Garcia opened his bar. Hemingway recommended the name Sloppy Joe’s for a bar owned by his friend Joe Russell of Key West in honor of Garcia. Russell, a bootlegger and speakeasy operator, ran the Key West bar under a few names before he took Hemingway’s suggestion.   Hemingway had an apartment on one of the upper floors of the Rio Havana prior to 1959 when the bar was closed by the government until 2008. 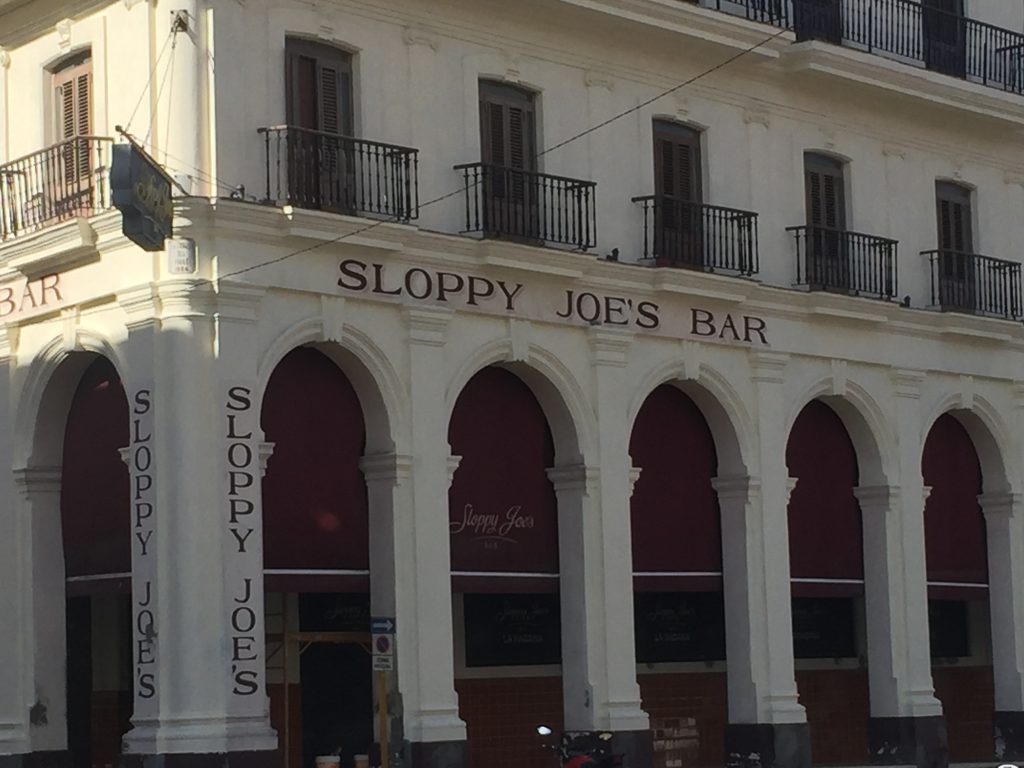 Hemingway’s favorite spot for a daiquiri….. 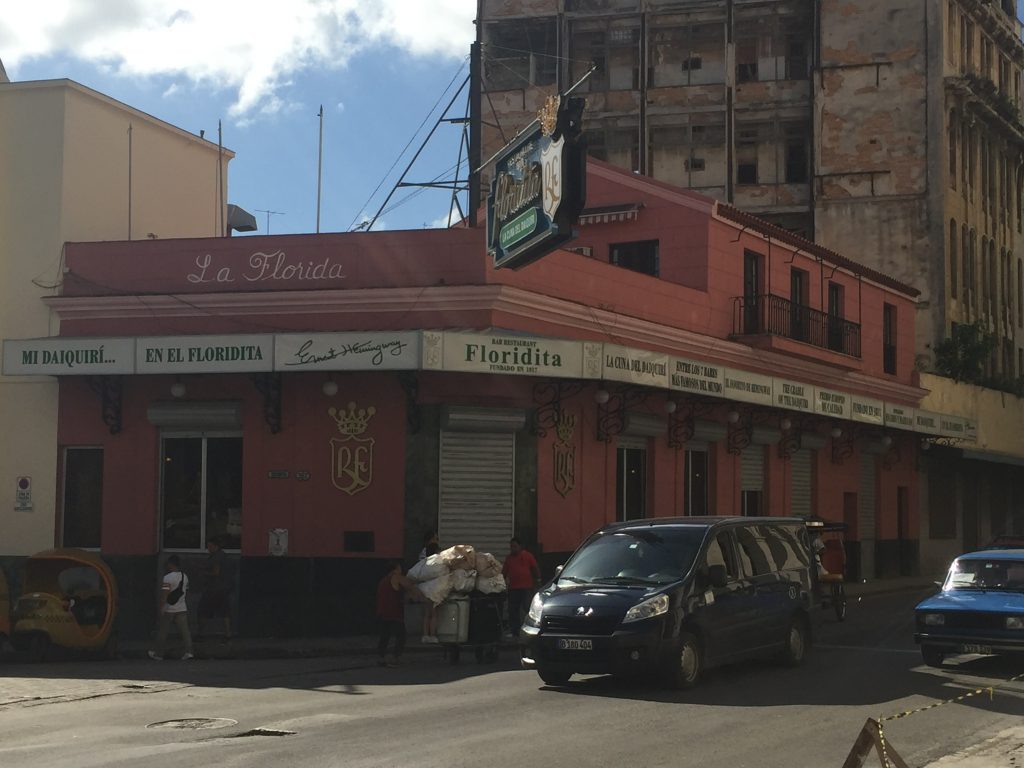 An interesting angle of the original Bacardi building…..the Bacardi family left Cuba in 1959 and relocated to Puerto Rico. 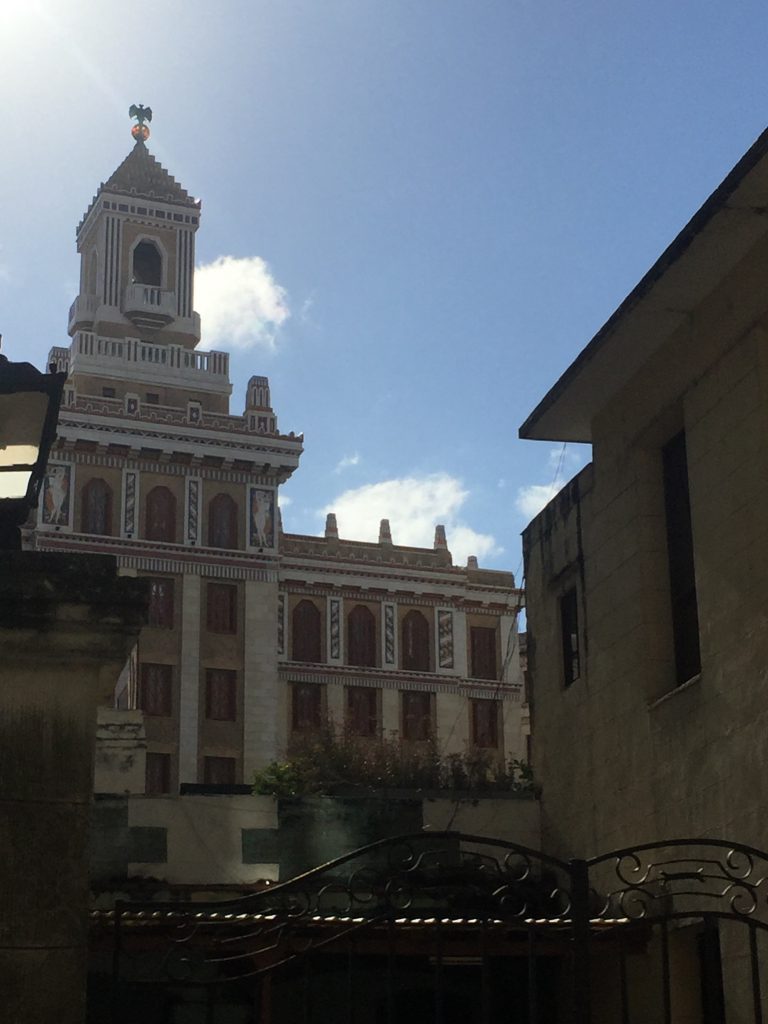 I once read an article in Sail magazine by someone who took a sailboat to  Cuba, but elected to stay in a rented apartment in Havana for the duration of their visit???? The author whined throughout the article about the air quality in Havana due to the poorly maintained old cars throughout the city. Nothing could be further from the truth. 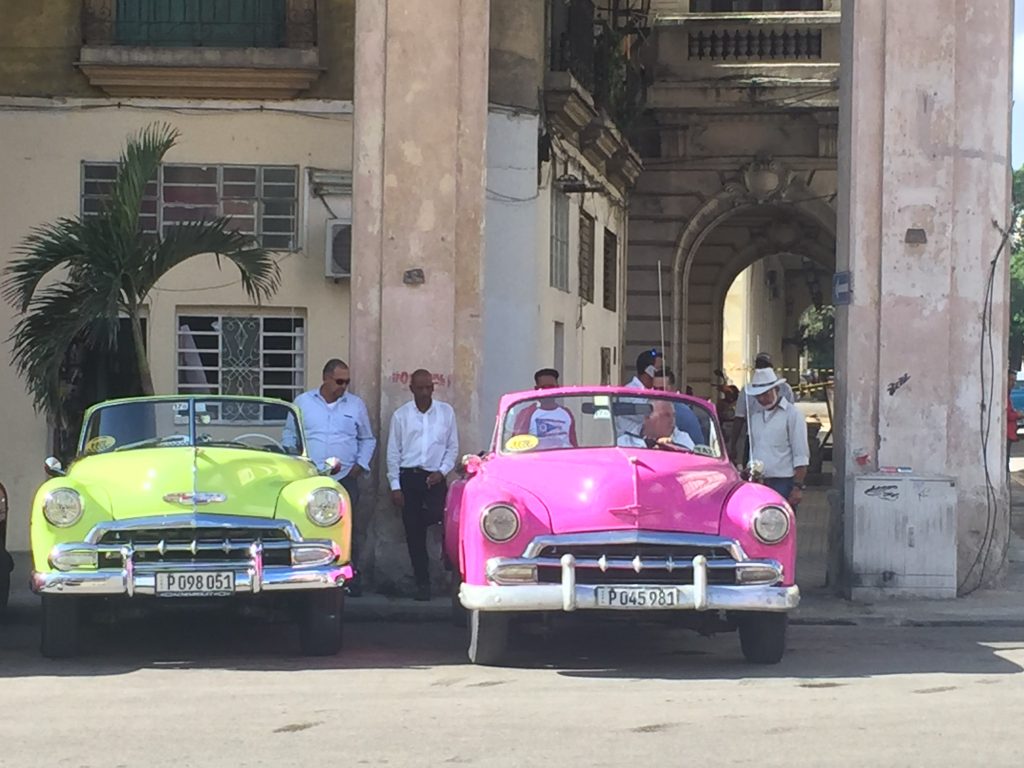 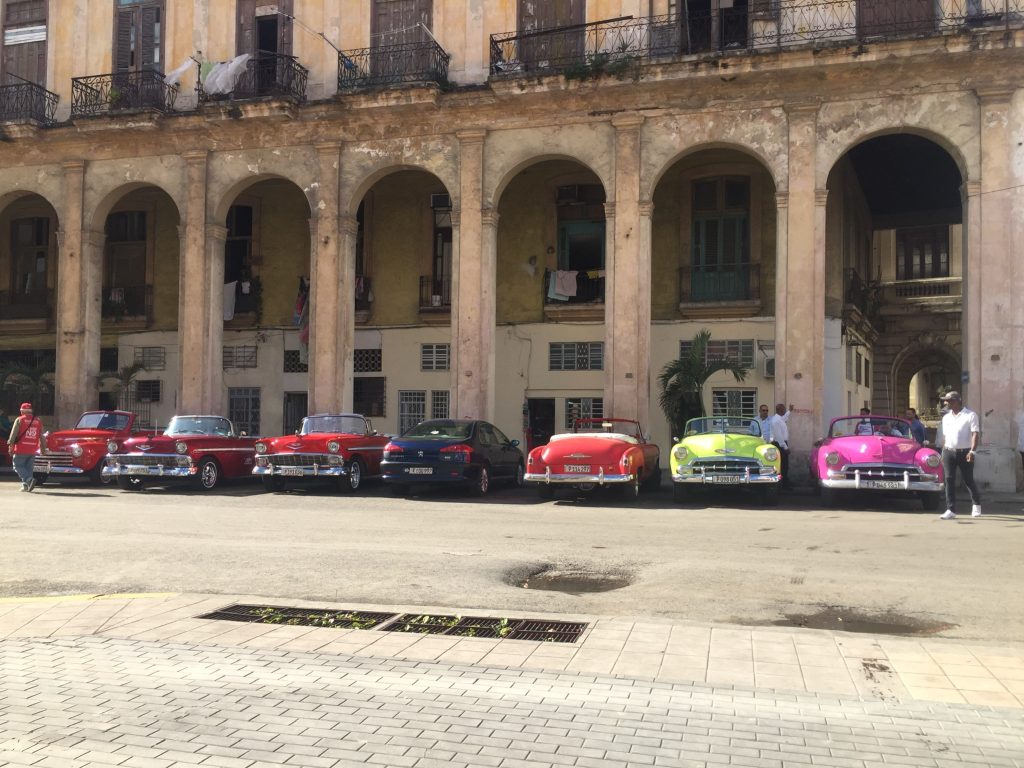 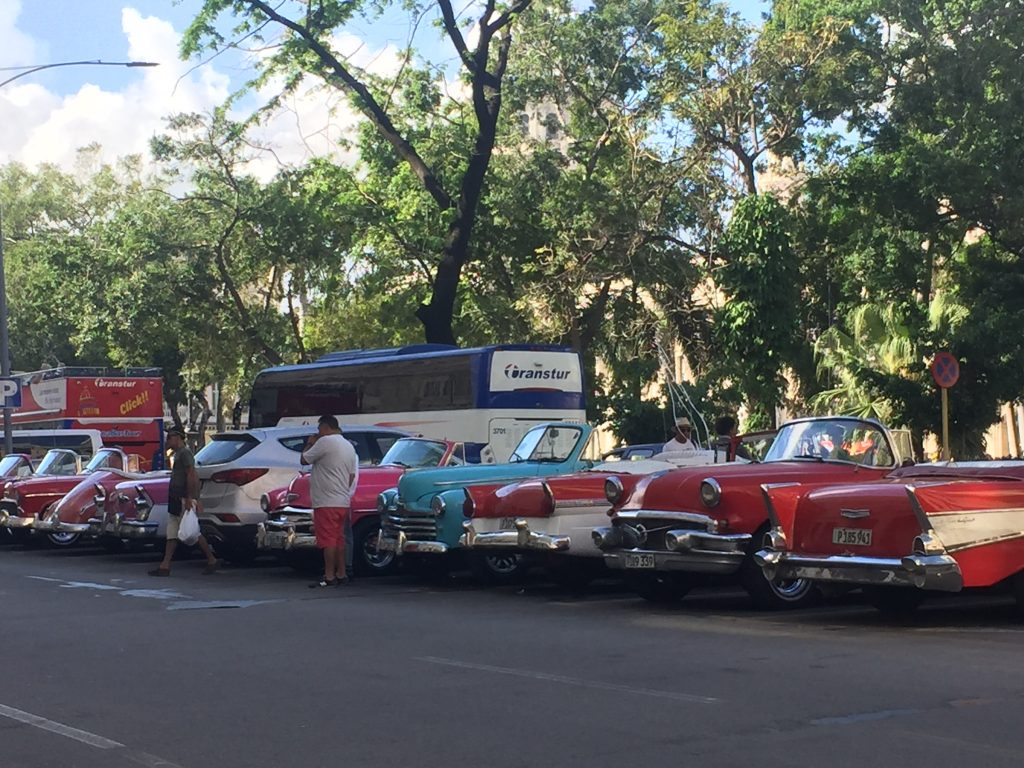 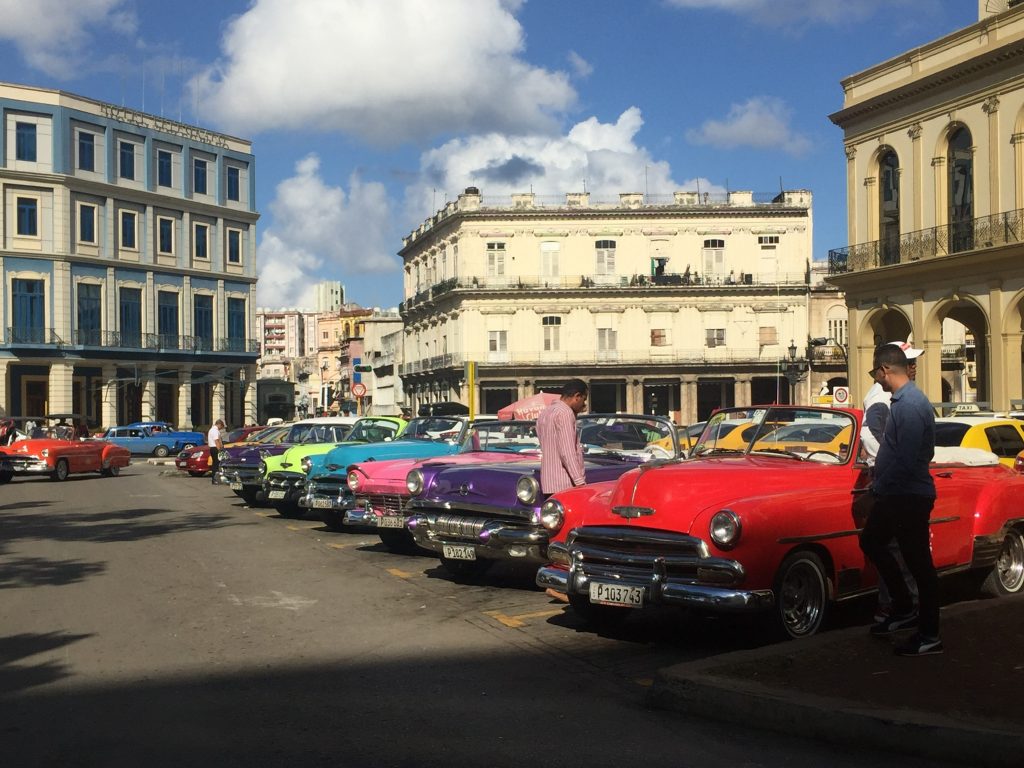