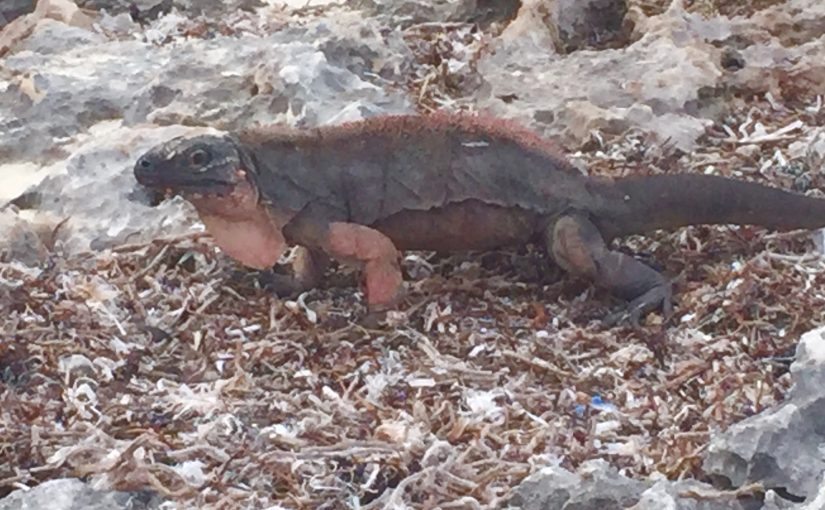 After the hustle and bustle of New Providence it was nice to know we’d be back out on the hook soon.  We departed Palm Cay Marina shortly after Junkanoo and moved to Allen’s Cay, the northernmost island of the Exuma chain. Allen’s is known for its population of “prehistoric Iguanas. 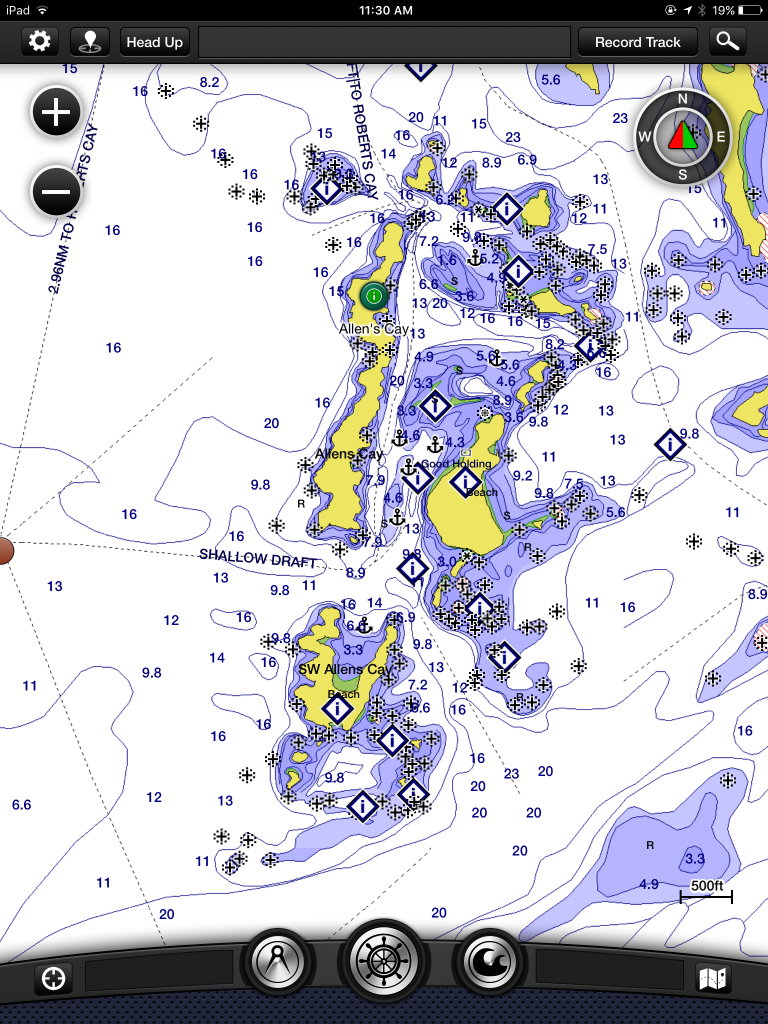 (Above Image courtesy of Garmin BlueChart) 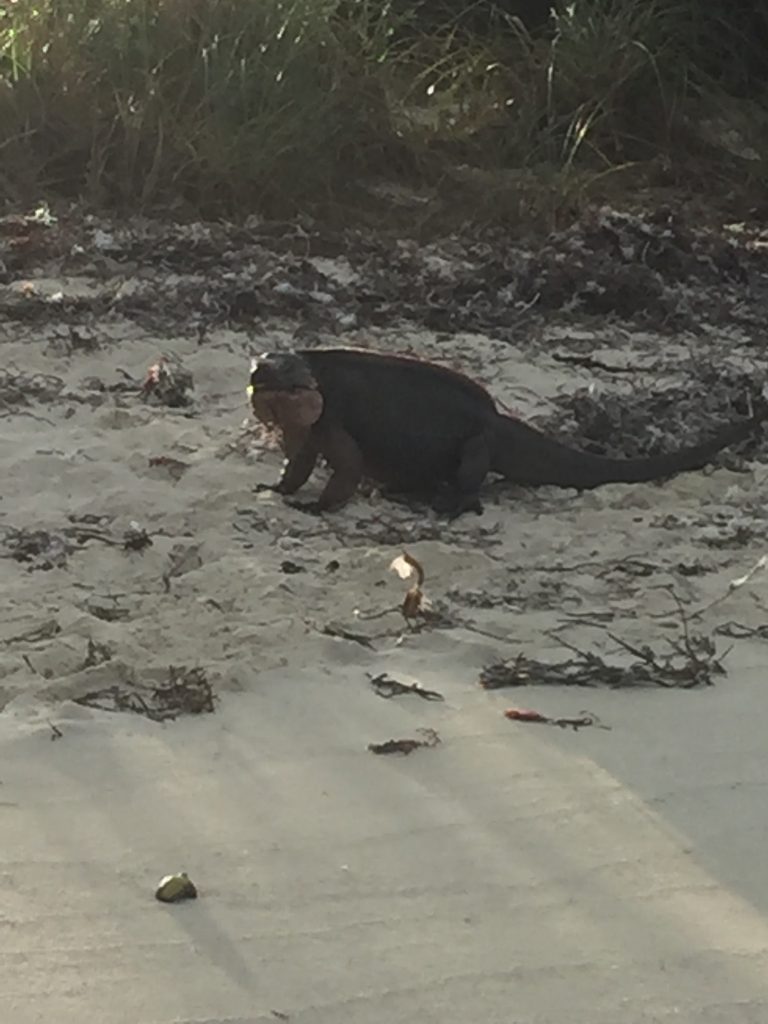 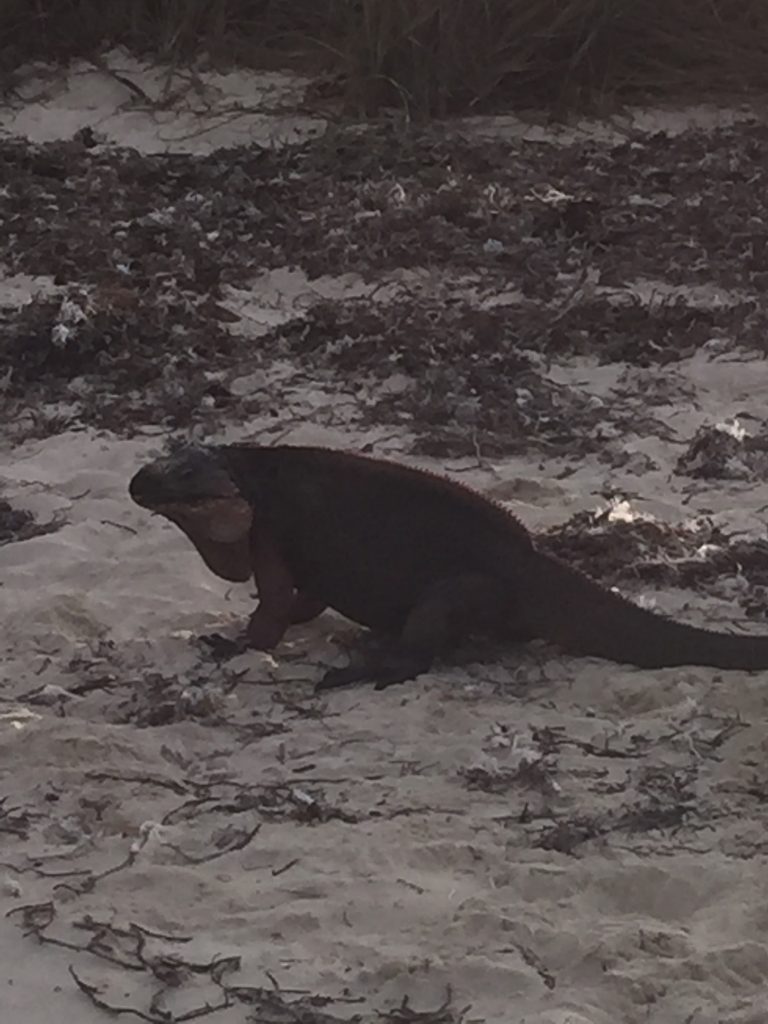 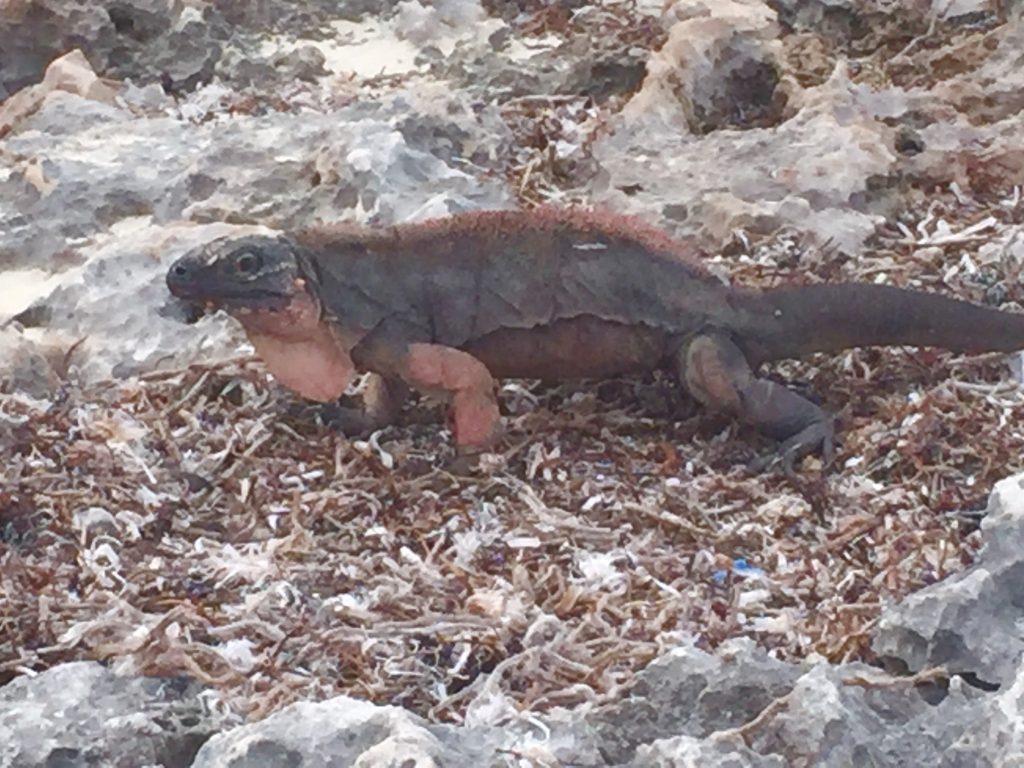 We lucked out when we arrived at Allen’s Cay.  As we entered the cut, a power catamaran exited the small cove at the North end of West Allen’s Cay….you can partially see the armada of sailboats anchored in the north side between the two main parts of Allen’s Cay. 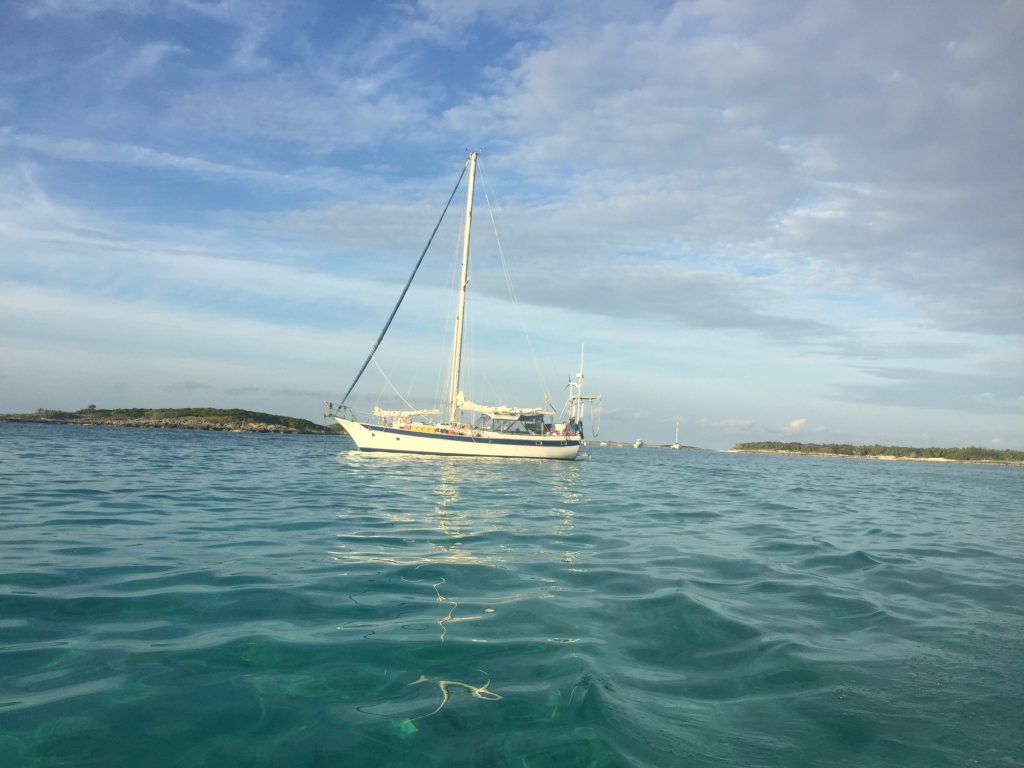 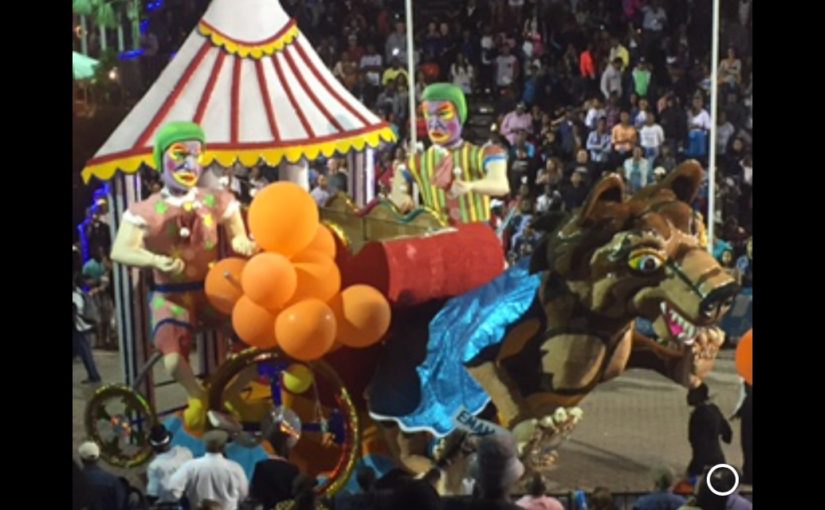 After Bimini, we did an overnight to the West End of New Providence where Nassau is located. We anchored in West Bay and took a cab into Nassau to visit downtown.  While we were there we moved to Palm Cay Marina on the east end of New Providence.  While we were in the marina, we attended Junkanoo. Junkanoo is an annual festival that includes parades and other festivities around Boxing Day and New Year.

The origins of Junkanoo are shrouded in history.  Some say the origin of Junkanoo is unknown. However, it can be traced back to West Africa. The most popular legend states that the name originated from John Canoe, an African tribal chief who demanded the right to celebrate with his people even after being brought to the West Indies in slavery, During pre -and post -slavery days, Christmas was the greatest time for celebration in the Bahamas, and Junkanoo was the highlight. This remains true today.

The Junkanoo floats are built and maintained by volunteer community groups in large warehouse style structures.  The groups engender tremendous loyalty and have names like Valley Boys, Roots, One Family and Saxons.  I’m not sure what the origin of these names are some are based on regions of the island and some are otherwise derived.  The Valley Boys lost the Boxing Day Junkanoo parade contest but won the New Year Junkanoo contest.  Junkanoo starts at midnight and goes until about 5am…..the contestants then take a break and come back around 7am and do the whole parade circuit again.

All the floats and costumes are hand made.  Mostly they are made from cardboard and paper. 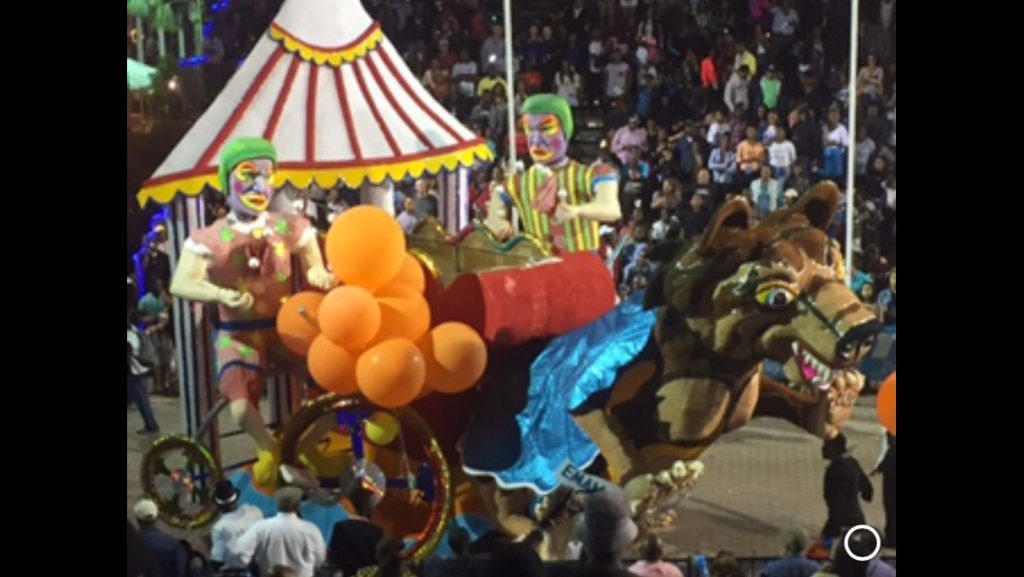 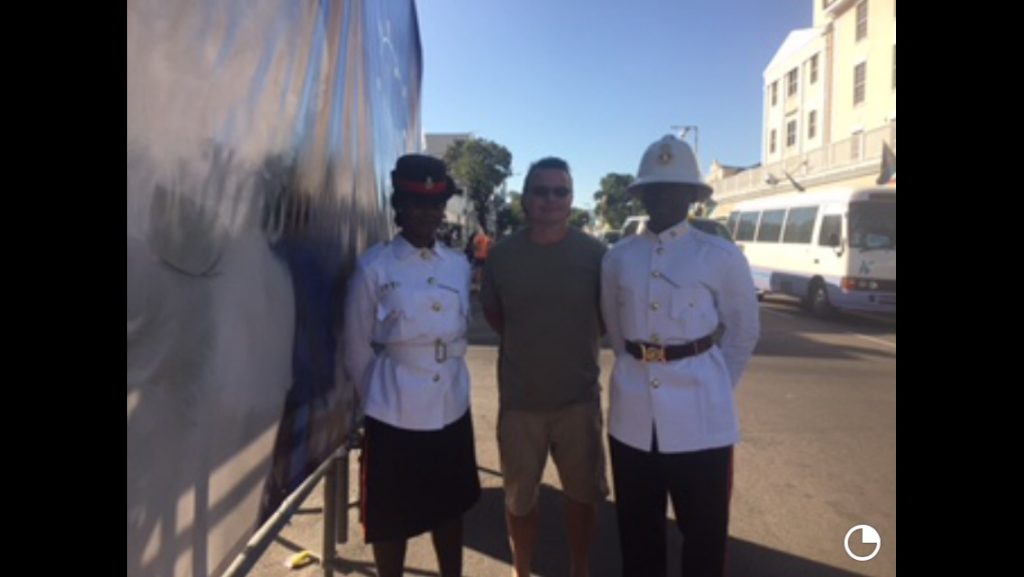 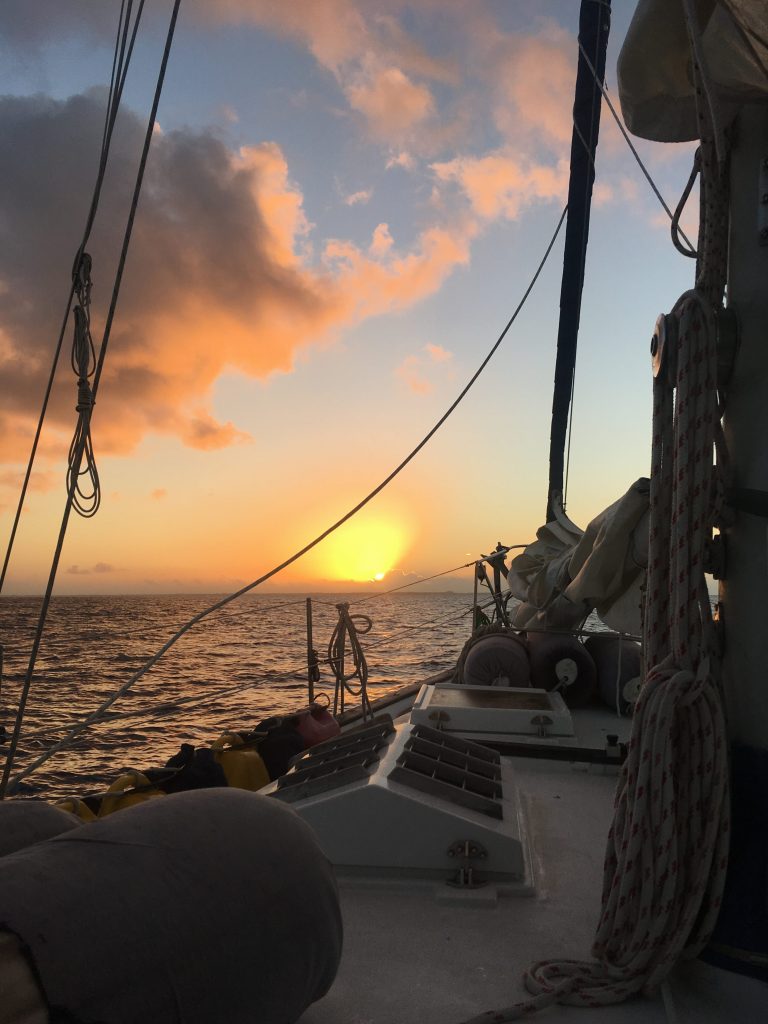 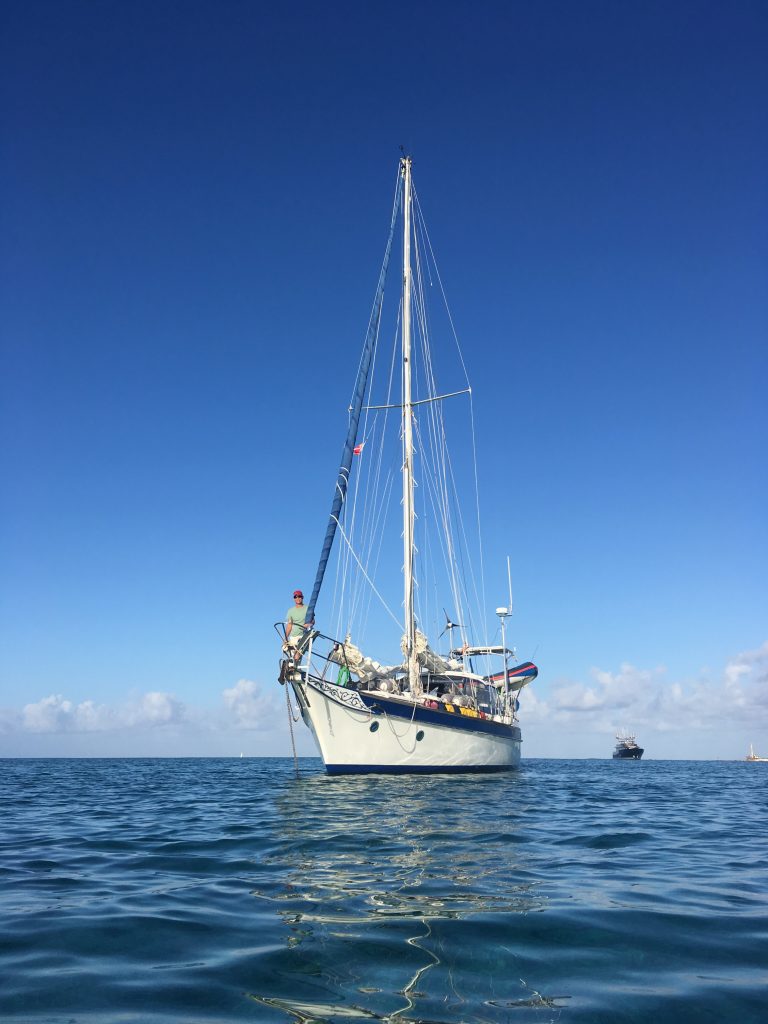 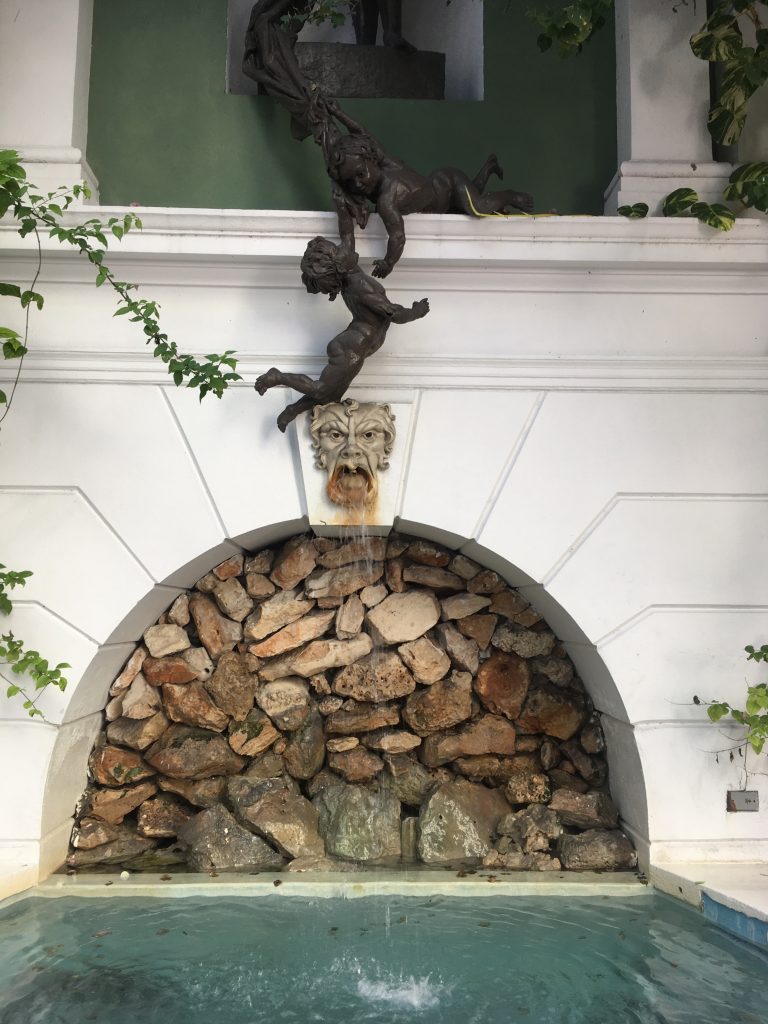 After we arrived in Bimini, we had enough time to enjoy the sights and people of this small and friendly island.  There was a bit of a cold front pushing down so the winds kept us there for around a week….. 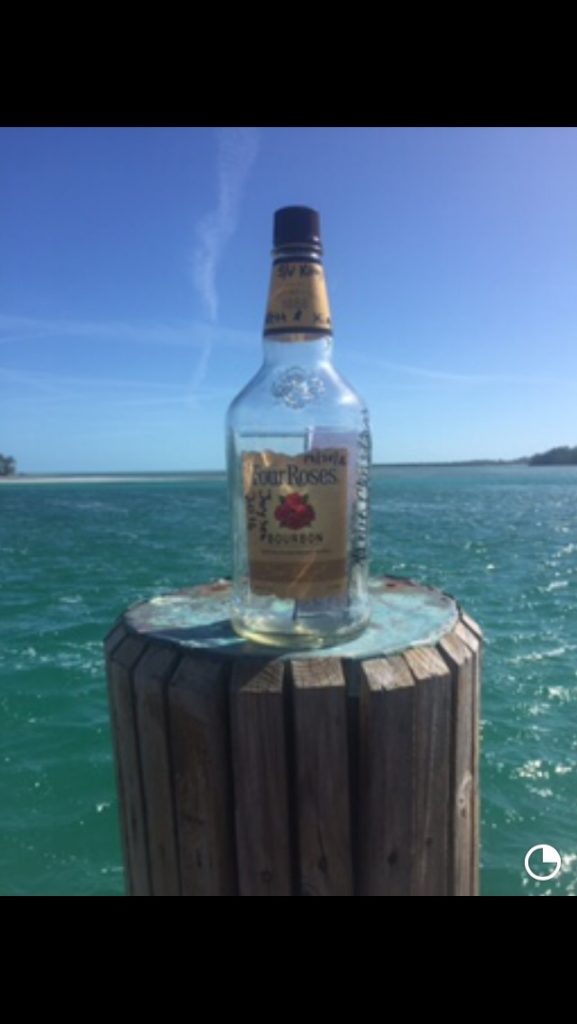 Kim managed to finish off a bottle of Four Roses that she had started about three or four weeks prior, just in time to donate it to the “Dolphin House”.  This is a very unique structure run by a nice gentleman named Ashley Saunders.  He has been building this (now three story) structure for about 24 years.  He finds most of his building materials on the beaches and he also uses shells and other natural substances in his building process. And now he has a Four Roses bottle to add to the mix !!! 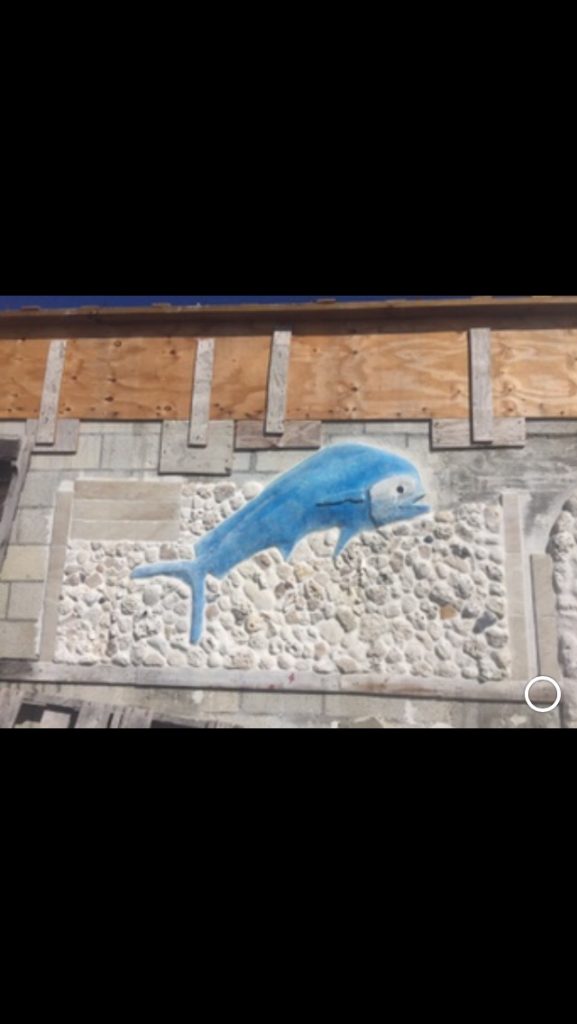 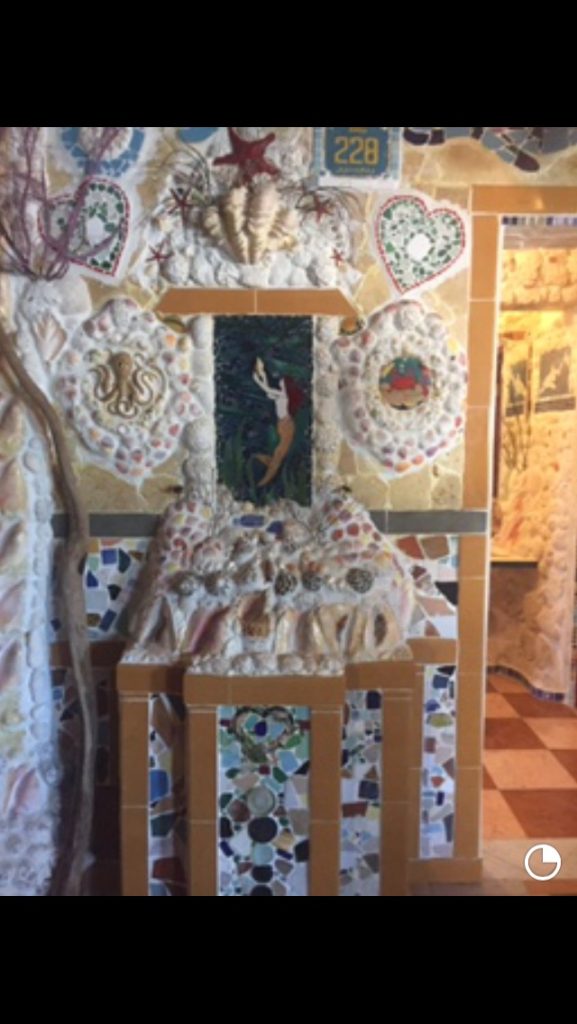 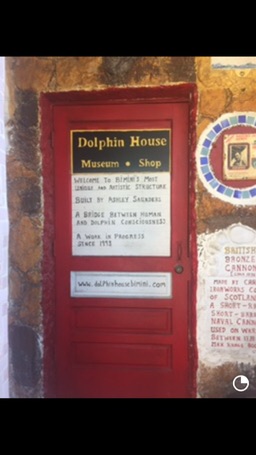 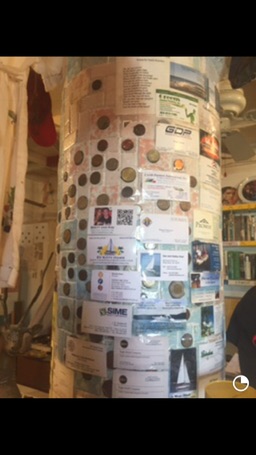 Ashley was kind enough to let us add our boat card to his wall !!!

We met some great cruisers while we were in Bimini too and shared a wonderful potluck Christmas dinner at the Marina !!!

This is just a quick entry to say thank you to Jahnke Electronics in Green Bay, WI……just before we left Florida we had an issue with our Kenwood TS-50 HF transceiver.  It was blowing the inline fuse when transmitting.  Without that radio we can’t receive emails or weather reports when we are away from wifi and out of range of the NOAA weather reports broadcast by the Coast Guard on the VHF radio.  We also use it to monitor maritime and weather voice networks.

The people at Jahnke checked out our radio, cleaned and aligned it, checked the capacitors, replaced the power button and replaced the memory battery, all for $100 !!! Plus it only took a few days !! It has been working great since then…..they weren’t able to replicate the fuse issue after they maintenanced it and replaced the on/off switch, but it works and that’s the most important thing for us.

Since we recently got our “HAM” licenses we look forward to many years of service from this radio…..thanks to Jahnke…… 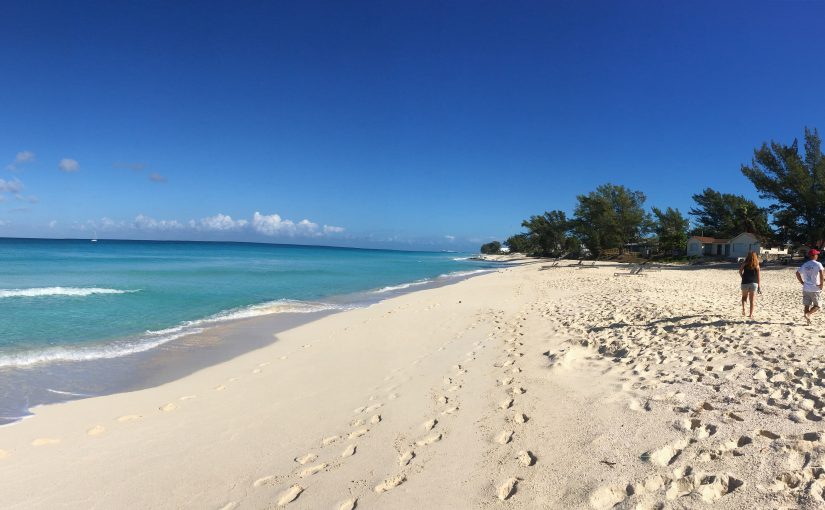 Because I thought we were never going to make it………